Apnea is defined as the apsence of breathing for ten seconds or more and can be considered mild, moderate, or severe based on the number of apneic events you experience throughout the night. Its primary cause is due to the collapse of the airway by the tongue or a small airway that can be easily blocked by the soft tissues of your throat or your tongue.

An apneic event will end after your brain has demanded more effort from your diaphragm and chest muscles as well as releasing the stress hormone, cortisol, eventually causing you to reposition your body in order to open up your airway. At this point you gasp for air until the airway collapses again, repeating the cycle. Instead of a healthy oxygen level and sleep cycle, an apneic cycle starves your organs of oxygen and prevents you from reaching the necessary levels of deep and REM sleep along with all of their benefits.

Obstructive Sleep Apnea (OSA) is arguably the most common non-communicable chronic disease. Over 42 million people are thought to have some type of sleep-related breathing disorder, with 1 in 5 adults experiencing mild OSA. In middle-aged adults, 9% of women and 25% of men suffer from OSA. Even more disturbing, nearly 90% of patients suffering from OSA are undiagnosed and about 50% show no symptoms! 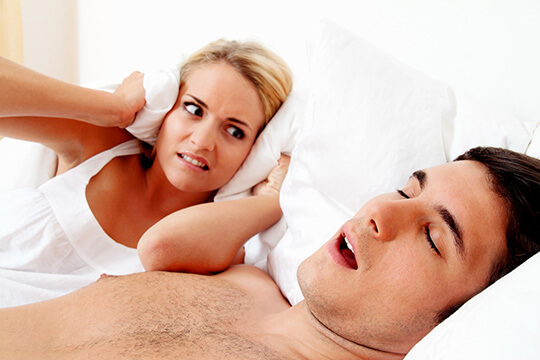 Why should I treat my Sleep Apnea?

OSA can harm nearly every system in our body due to the constant stress placed on it during sleep every night, plus our body can no longer properly heal itself and process new information without a healthy sleep cycle. Below you will see you OSA plays a significant role in many of the common chronic diseases within our society: